Peace and blessings be upon you all

There is no change without compromise. No glory without sacrifice. No victory without vigorous perseverance. However is that the consequence of our goals? Does every mission of ours require losing a part of us, whether it’s something as small as a trinket or as big as our lives? Does no good deed go unpunished? Can anything meaningful be achieved without sacrifice?

We all have goals and in attempt to achieve those goals, we strive with all our might. We put in time, money, effort in order to make it one step closer to our goal, sometimes in spite of the time we lose with our family and friends, the meagre earnings spent on it and the toil that burdens us physically and mentally. However, that can be normal in many situations such as pursuing an education or a career especially if the circumstances are dire. However, can this all be avoided in any case? Can one still make some adjustments in their time, money and effort to achieve their goals without draining themselves?

This could work by measures such as better time management to delegate certain time slots for focused achievement of goals and others for quality time with family and friends, controlling the amount of money spent elsewhere and being clear about the task at hand and having proper sleep so that no unnecessary extra effort is required. Simple, right?

What about the more pressing matters that involve the community or nation at large? Say you are in a protest supporting a movement against a powerful figure or ideology. The aim of a protest is to demand change and not to give in until the demands are met. However the tide of the protest can change depending on the response of the opposition. If it gets out of control, should people revolt against the opposing forces and risk their life to achieve victory? Or should they scour away and live to fight another day? Which decision shows true dedication to the cause while also achieving the desired outcome? Is sacrificing one’s life in this context valuable enough that there was no alternate solution? Or could that sacrifice be needed in another time and another place, or not at all?

Before you decide which is the better option, let’s talk about what it means to sacrifice something for a goal. What drives one to take such a big leap of endangerment of one’s assets? For many, it can be one’s faith:

“Say: Truly, my prayer and my service of sacrifice, and my living and my dying are for God (alone), the Sustainer of all the worlds, in Whose Divinity none has a share. Thus I have been bidden-and I am foremost among those who surrender themselves unto Him”

Faith can drive people to do many things, most of which are very beneficial to themselves such as giving up old, wrong habits and learning new ones that guide them to a pious life, or to the community, such as giving money to Zakat (charity). However those who are considered amongst the most faithful sacrifice or have sacrificed a great deal for their faith and their Creator. Believers have abandoned or been cast out from their families and all they have known when converting to a new faith (or atheists for leaving faith altogether). In hard time, they have sacrificed majority of their wealth for their faith, such as Hazrat Abu Bakr (R.A) who gave away all that he owned for the Muslims to prepare for Tabuk Expedition, and they have sacrificed their lives to achieve the status of martyrdom and an abode in Jannah.

Such sacrifices are tremendous and inspiring but it does raise the question that if such dire circumstances arise, should I do the same? Should I be rock firm in what I believe in irrespective of my parents’ beliefs, grab my duffel bag and leave forever? Should I give up all that I own while I have a family to raise, children to educate? Should I charge into an invader’s camp alone for the sake of sacrifice, knowing it is certain death? Wouldn’t this become counter-intuitive at some point and backfire at me, irrespective of my degree of faithfulness?

“And among the people is he who sells his soul seeking the pleasure of Allah, and Allah is most kind to [His] servants.

What if there is a more plausible solution that achieves the same aim? What if I am firm and irrespective of my parents’ beliefs and their backlash to mine, I stay and postulate different ways I can convince them without them acting rash and kicking me out? What if instead of giving all that I own and ending up broke, I spread a message to the people in my community requesting everyone to pitch in a small fixed sum of money or percentage of money so everyone contributes and no one ends up broke? What if instead of going into the invader’s camp alone, I spy instead to collect as much information as I can so that those who are trained to fight can ensure victory? It’s not as grand and heroic as a sacrifice but if you put in some effort and thought, it achieves the same outcome without much struggle. But then, does it have the same value?

Indeed Allah has bought from the faithful their souls and their possessions for paradise to be theirs: they fight in the way of Allah, kill, and are killed…

Here’s another example; motherhood. No one can deny the pivoting role parents play in one’s life, good or bad. You win an award; your acceptance speech always includes a thank you to your parents. You’re a drug addict; you probably grew up in an unstable home. Nonetheless, mothers are the parental figures that are remembered for the most important thing they do for us: sacrifice. They sacrifice their sleep to ensure ours. They sacrifice their satiety until ours is fulfilled. More importantly, many mothers sacrifice their jobs in order to run the house, take care of the family and raise the children. Only once they’ve grown up do they think of ‘maybe’ deciding to pursue their jobs again.

To clarify, I’m not condemning housewives, I’m indicating the sacrifice that those who wished to work have to do, or think they have to do, for their families, thinking that that’s what their job automatically entails once they become a parent when in fact, they have a choice. They can definitely provide for their family and work as well. If they wish to stay at home with the children, they can work at home, or they can discuss with their husbands how they can help contribute to the income of the family and adjust work hours accordingly. If they plan their daily schedule accordingly, they can ensure they have enough rest everyday. Like the example above, this just involves some thought and effort, but then, I am not a mother.

Lastly, I have to mention the greatest display of sacrifice; the battlefield. We all believe soldiers display the greatest level of sacrifice any other person gives; their very lives. That sacrifice is definitely heroic when it comes to patriotism and ensuring the innocent lives of the citizens are safe. So where is sacrifice counter-intuitive here? It could be when you fight for the wrong cause. Why do many American soldiers come back after war with PTSD? One of the major causes of this is that they fight for a war which they come to realize wasn’t worth it. Does that sacrifice prove value to them? Does it prove value to their families?

One should think logically and consider every possible and every right solution before having to sacrifice for the cause, because a sacrifice that isn’t necessary can become a source of terrible regret. But when such sacrifice is necessary, it is monumental and we shouldn’t shy from it, and in order to have the courage to do so, one must be absolutely clear what exactly they are sacrificing themselves for, because any doubt will make you surrender. We need to stand strong and composed at all costs to protect our cause of Islam, or to protect any faith, belief, ideology, goal and destiny one wishes to achieve.

Penny for your thoughts?

23. Pakistani. Muslim. People call me tubelight. Life is a roller coaster life but if you focus on the ups in life and have faith, life will be beautiful
Thoughts about things happening in everyday life stored in bubbles, waiting for the right time to burst out 😊
Loves McFlurry, Cheese and every food except green chilli, yoghurt, wasabi and humus 😎
Loves books and learning new things
Basketball girl 🏀
Helping out those in need
Holding no expectations, making no comparisons. We are all people of many colours. Accept us for who we are without labels 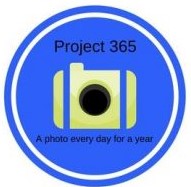