Alhamdulillah for another week of life!

My effort in making Japanese Cheesecake didn’t turn out as planned. But after staying in the fridge for a while, it turned out to taste great! 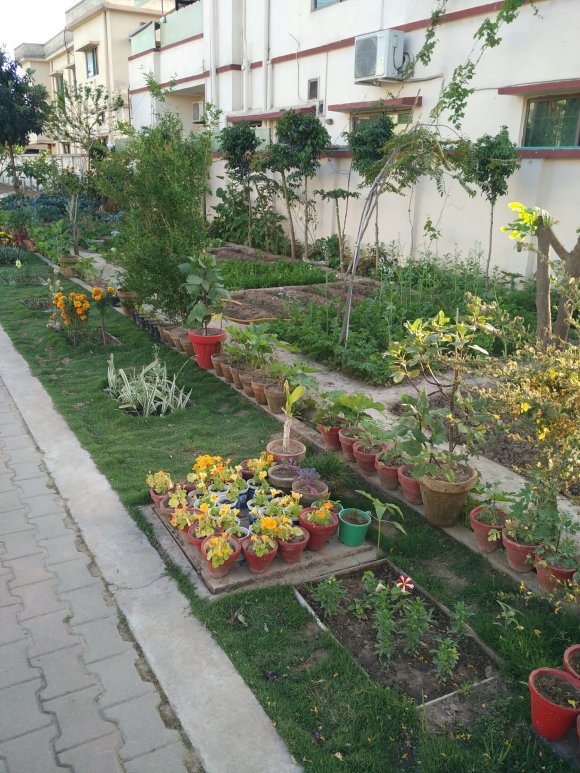 During my casual stroll of my colony, I always make sure I cross this garden. This is maintained by the owner of the house on the right who is a teacher but you often see him out working on his garden. He also made a little aquarium for fish. Everyone who passes always stops by, takes a long glance and takes pictures of his garden.

Our next module Haematology (study of the blood) consists of many practical tests of the blood. Today we did a test to determine the level of hemoglobin in a patient’s blood. It was quite fun and interesting.

We used a micropipette to draw out blood from a container (but not too much so it doesn’t enter our mouth). Then we place it in a test tube with biuret reagent then leave it for a couple of minutes. Then we place the test tube in the space between two coloured tubes, as shown below, and we add distilled water in the test tube till its colour is exactly the same as that of the tubes on both sides. Then we measure the level of the solution according to the scale on the tube to determine hemoglobin concentration. 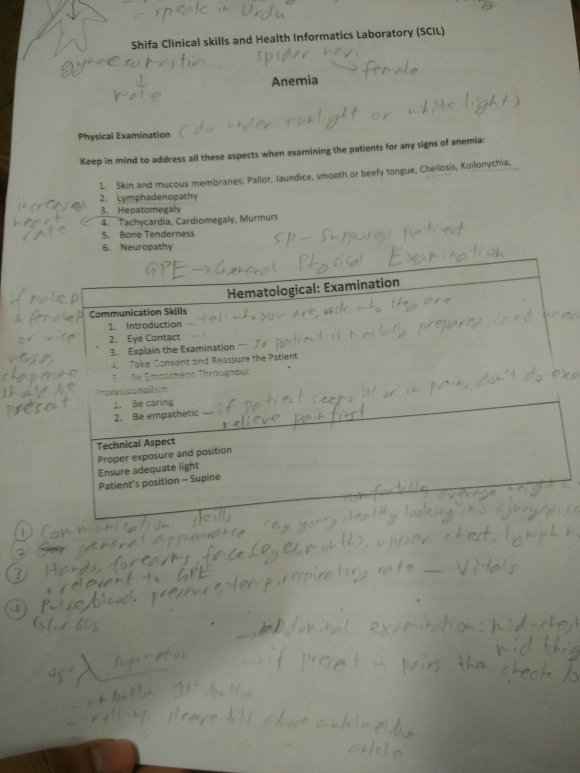 In our SCIL lab, we were taught how to do a GPE (General Physical Examination) of a patient to determine if he/she has anemia or jaundice. It starts off with the doctor introducing himself/herself and then asking permission from the patient to do each step of the examination. It starts from the hands then it goes till the elbows. Then the eyes are checked for yellow sclera for jaundice, and pale conjunctiva for anemia. Then the mouth is checked and then the chest. It was very interesting and fun to watch.

Then a few students enacted the GPE and did good, although we all laughed when one student described the general appearance of the patient as “good complexion” and our instructor said that that’s racial profiling, which was true.

Today, we learnt how to counsel patients when they have anemia or thallasemia. The steps are summarised in this checklist. On the left I wrote Urdu explanations of certain terms like Anemia as we’ll usually have patients who don’t understand English so we need to explain their condition in simpler and more understandable words. 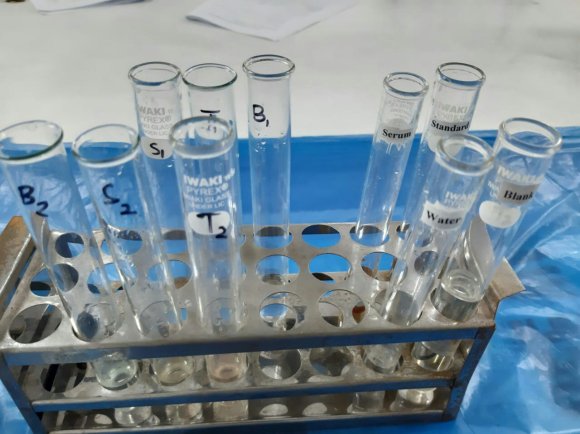 In another day of practical, we tested for concentrations of conjugated and unconjugated bilirubin which can help determine the functioning of liver and determine if one has jaundice or not. This is tested using a colorimeter where a certain wavelength of light is passed through and the degree of absorbance shows the concentration of bilirubin. 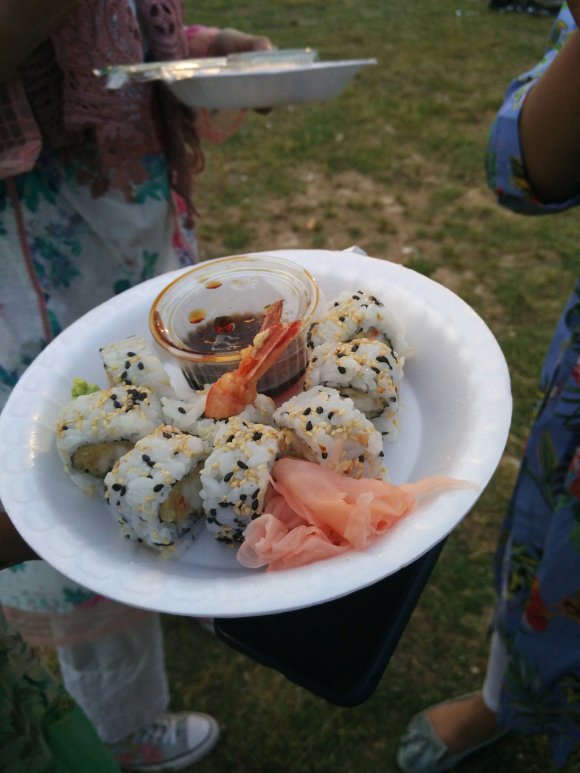 On Friday, I went with my class fellows to Islamabad Eat, where a variety of stalls of different restaurants and home bakers in Islamabad sold delicious food. But my friends and I were especially excited to try sushi from Suki Sushi which was really good, although slightly overpriced. They also gave wasabi which we all knew was extemely spicy but my friend tried a bit of it and, after a few moments of tasting it, ran to the dustbin to spit it out. We all laughed heartily over that.

So that’s how my week went. How was yours? Do let me know in the comments,

Don’t forget to check out the work of these amazing writers:

That cheese cake looks interesting!
It looks like you have been studying hard.x

I’m glad your cheesecake turned out well in the end! Your studies of the blood sound very interesting and it must be so important to learn to communicate with patients in a way they understand.

Glad the cheesecake worked out in the end. I love the look of the sushi. The blood studies sound interesting xx

I always feel cooking is like a science it either goes right, wrong or somewhere in between and it’s down to us to tweak it so it’s perfect. #365

Glad the cheesecake worked out ok in the end. I love Sushi too #365

Your course sounds so interesting and well done you with the cheesecake I actually think it looks good! x

This weeks course work sounds like a lot of interesting fun. I never really give it much thought as to what happens to my blood once it has been taken.