Alhamdulillah for living life a week longer 😁 especially since it was my birthday week!! I tried to add only one picture for a day but I couldn’t stop myself because I had an epic week and I had to share it with you all.

I finally had the opportunity to watch the play I wanted to watch for a long time. It initially was shown in Lahore and when I was there, I wanted to watch it but I got busy. Then, one final day, it came to the capital.

The play was from 7:30 to 9:30pm. It was very punctual and the play was amazing. A simple theme of a blind guy, Hamza (nickname Hamu) who moves to an apartment in Lahore from Sheikhupura as he wanted to be independent, away from his mother’s smothering. In Lahore, he meets his neighbor living in the next apartment, Zaman (played by Sarmat Khoosat), whose an actor working on a movie that challenges sexism and states that men and women can wear whatever clothes they want irrespective of gender. We find that out very clearly when he enters in high heels and a black dupatta and dances to “Jhanjaar di Paanwan Chankaar” sung by Nur Jehan, a mesmerising singer.

The play goes on to involve the mother (Samiya Mumtaz) who insists that Hamza returns home and Zaman’s story of his ex-wife who he married for exactly “29 days, 3 hours and 40 minutes” and how his mother married 4 times and was about to have a divorce because she liked weddings, not marriage, which sort of shows his resistance to invest much in a relationship. The story revolves around these main characters, along with the director of the movie Zaman was acting in (the theme may have included homosexuality but I wasn’t sure).

I can’t give the entire summary well but it was very well made and had quite a psychological element in it. It had a mix of moments of laughter and intensity (mostly laughter). And no one put a shadow on the other. Whoever spoke, they had the attention of the audience. It was an amazing and must watch play.

For a better review, check out this link:

For the epic dance video: 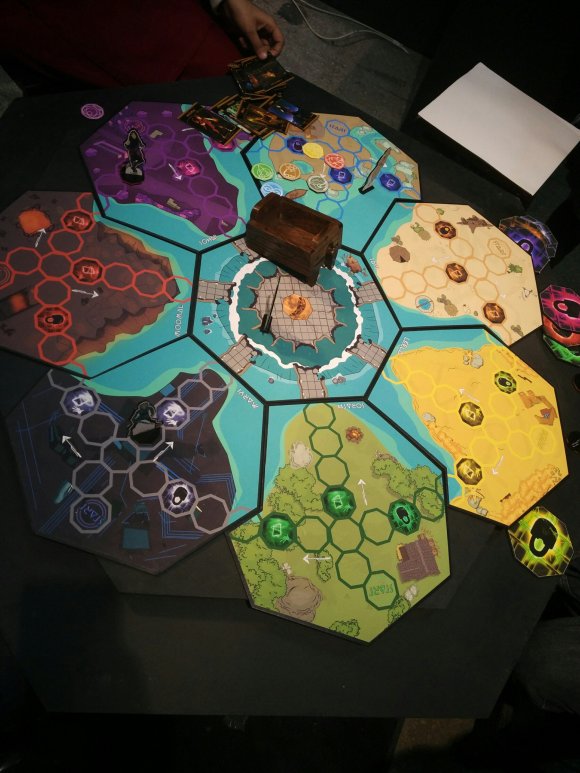 Because…. it’s my birthday!! I’m 20 years old now! 😀 I celebrated my birthday by giving my squad from college a Pizza Hut treat. Then I went to NCA Rawalpindi with my family to check out the thesis of the 4th year and graduates of that college. There are so many pictures I would’ve liked to share here but I plan to share it in another blog post, Inshallah. For now, check out this amazing board game designed by a Sindhi student.

The characters of the game were from Sindhi and Punjabi folktales, like the one mentioned below: 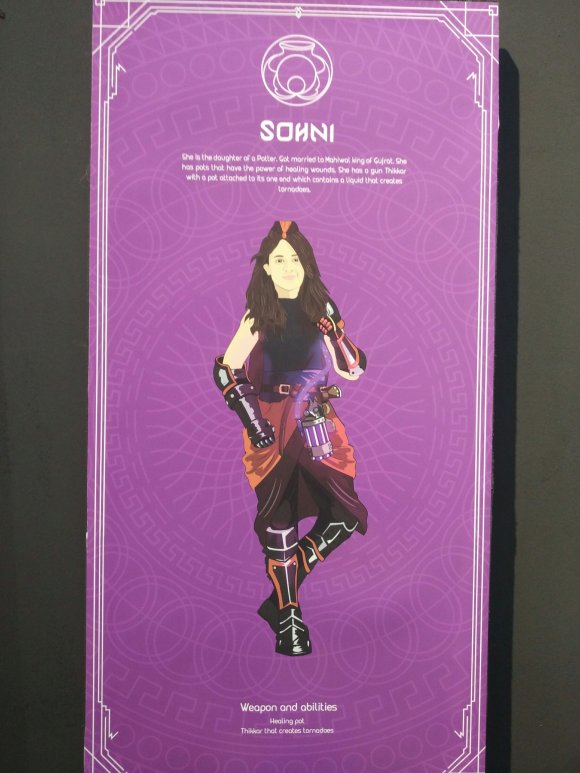 This character, Sohni, is from the romantic folktale of Sohni Mahiwal. References of stories are made to give each character certain skills and weapons in the game. Here’s the link of the story:

This is from textile department. 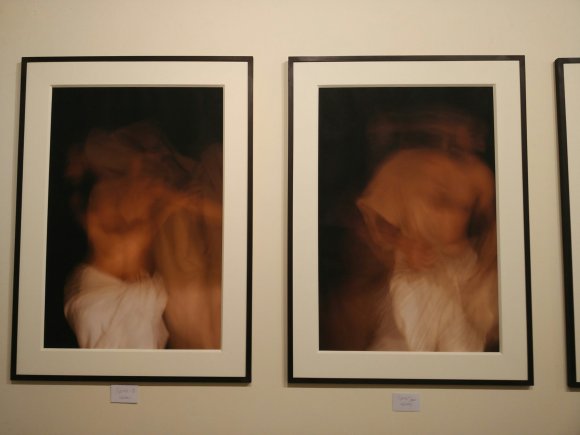 This is called ‘Soul Dance’.

Another rainy day in my beautiful capital, Islamabad.

A slide taken from a microscope lens in histology lab. If I am correct, this is a slide of the dermis layer of the skin. 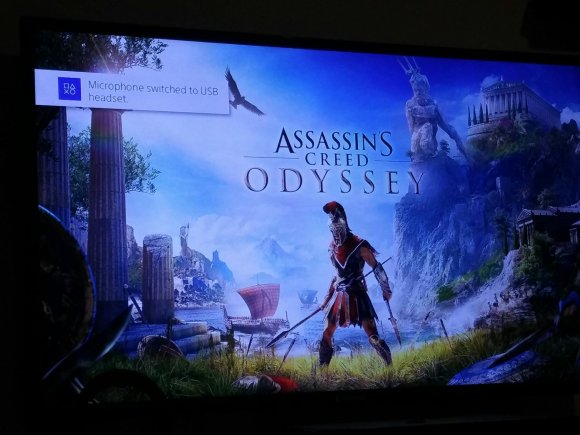 An amazing game I’m playing on PS4. It is part of a series, Assassin’s Creed, and is based on the hidden war between two parties, Assassin’s and Templars. As you go further into history, they have different names. This part is taking place in 431BCE in Greece. Along with awesome fighting skills and flying with Ikaros the eagle, you get to meet historical figures like Perikles the Father of Democracy, Socrates the philosopher, Hippocrates who was amongst the first to realize that illness is not due to supernatural forces, gods’ wraths and superstitions but that they could be treated by material means, and Herodotos, the first person who began the concept of recording history.

You are able to decide how to react to situations, e.g respond in an angry way, attack flirt or lie, kill a person or spare him/her, etc. It’s a great game and the map is huge!

I finally got to go to Coke Fest!! It’ll be taking place in Gulberg Greens from 25-27th January. Here, Pakistani and sometimes foreign singers perform while you rock with them and enjoy about a hundred stalls of succulent and tempting food.

I had this chicken from Baranh (12, in reference to 12 gates of fort of Old City Lahore) which was sadly too spicy, even when you exclude the green chilli peppers. Then, while checking and asking about some random person’s food, I went to Street Burger who gave me a slider with black buns! Then I had wings from Wild Wings and then dessert was a fudge brownie with ice cream topped with chocolate and almonds. All in Rs.1500 which I shared with my sibling. So I had a blast!

But the party wasn’t over:

Waqar Ehsan and JOSH performed and they were awesome! I was standing in the freezing cold but it was worth it!

So my week was pretty heavy but I guess that’s what birthday weeks turn out to be. How was your week?

Want to read other posts of this project? Check out this link:

Happy birthday to you! You make me feel very old – I’m 45 and my eldest child will be 18 this year. I love your drawing of Picasso’s Weeping Woman. The play sounds amazing.

Thank you soo much!! 😁 Awww age is just a number. People can be mentally young forever 😊

Happy birthday! It sounds like you had a wonderful day.
My fella loves the Assassin’s Creed games. I think he has played all of them.

Happy birthday. My son shares a birthday with you. The festival looks great fun – nice to have to much food choice

Thank you so much!! Happy birthday to your son from me 😁

Happy birthday. The play sounds good and I am glad you enjoyed it so much. Love the textile picture and wow at your Picasso work.

Thank you sooo much, Elaine. It means alot 😁😁

Happy Birthday, looks like you celebrated in style! Sounds like a great play and lots of cultural adventures for you this week. That board game is immense and I really like the sound of coke fest!

Ikr, had a very cultural week. Yeah, there’s alot of detail in the board game and stories of folktale characters behind it. Coke Fest was awesome! We usually have Lahore and Islamabad eat festivals where its also alot of food stalls just no concerts but its also great 😁

Happy Birthday! Glad you enjoyed the play. The artwork for your Assassin’s Creed game really reminds me of old master pictures by Claude Lorraine.

Thank you soo much! Hmmm i’ll check out this Claude Lorraine 😊

Happy Birthday, glad you enjoyed the play in Lahore, like Sarah says you make me feel old now, my youngest is 20 in 3 months time lol

Woooaahh i say again, not planning to make anyone feel old 😋 thank you! 😁

Oh really??! Happy birthday to you too 😁

Wow what a busy week and happy birthday, oh to be 20 again! There are some very talented students aren’t there. the festival looked like lots of fun and perfectly timed to have that and the play you wanted to see in your birthday week #365

I know right!! Everything happened in one week. Yeah, very talented students. There was a thesis in NCA Lahore which was so amazing! Thank you!! 😁😁