When you’re sitting or standing in a group among your friends or family, the discussion begins with one person starting a conversation about a certain topic. From that point, the discussion can be the starting point of a pleasant interaction where as soon as one person is done talking, another person follows on with it. Then the next person follows on and then the next so there is a comfortable continuous flow of conversation. That is an ideal conversation. In that case, everyone is listening intently to the speaker and whatever reply they give is an accordance with that. They could agree with the person, disagree, add another point, mention a relevant incident, etc. basically telling that person that, “I heard you and this is what I have to say.”

That is an ideal conversation. Which unfortunately is becoming very rare in group discussions or even two-person interactions where the person seems to be listening to what the person is saying but actually is lost in thought.

I’m writing this blog about the importance of listening. One day, my mother made my family and I sit together and talk about whether we listen to each other and which of us really listens intently to others and I came across different types of people. I’ll classify it into type 1 and type 2:

Type 1 is a hyperactive and extrovert type of person. The most vocal and outspoken person who takes a moment to breathe and then continues to start talking. Don’t get me wrong, vibrant people are great and much needed for their outstanding confidence but sometimes it can get too far.

Let’s say there’s a group of people talking. In the midst of a conversation, an idea pops into type 1’s head and he/she is unable to contain it so they will either burst it out in the midst of the conversation or will be fixated on it while not listening to what anyone is saying, except to wait for an ‘opening’ to open the ‘floodgates’.

They will not care what the other person is saying as long as their idea or event shared is more important or has more impact. It’s a competition for that person against everyone else. There’s a need to prove to him or herself that they have to say something to prove that they are better than the other. Every gathering is a game. If they lose, they have low self-esteem, feeling they can’t do anything.

You can sympathise with them for their constant need to motivate themselves of their worth but then what they do, they do very often so it gets annoying. You feel that what you say has no value to them because they think they know better than you and are therefore smarter than you. Who wants to be around someone that constantly makes you feel bad about yourself, especially if you’re talking about a difficult situation you are in?

Type 2 is more of an introverted type of person. They are not open to expressing themselves often, except if needed be. They are content with being ‘spectators’, away from the limelight because it makes them nervous. But that makes them more keen in listening to others. Because they want to feel understood so they want others to feel the same way. Therefore, they give value to what you say. They may not say much but what you say impacts them. But then, if someone really wants their feedback then they are hesitant and not so vocal about it which can be a bit uncaring in a way.

Not to compliment myself but I am more of a type 2 person, and I always have been. I’m not an introvert but a mix between extrovert and introvert. I guess it depends on who I’m around or whether the conversation is such that it requires my intervening in it or not. Usually in gatherings, I say my salams to everyone and then I sit quietly and just listen to what they are saying. I make up responses in my head and if I feel the need, I say a part of it when no one is talking then retreat back to my safe spot. Nowadays I have become more vocal, continuing a conversation while giving a big gap for others to express themselves because I am fine even if nothing I have in minds is expressed. I’m content with others not knowing my ideas. I don’t enjoy being in the limelight because I really don’t feel what I say is of much value.

I enjoy listening to others. I like learning from them because people are very complex. They are like Yin and Yang; there are good people and bad people, bad people can have good qualities and good people can have bad qualities. The more I listen, the less I am likely to judge them by their appearances. And nowadays, when someone goes through a hard time like losing a loved one, getting low grades, experiencing a close friend break up their friendship, etc. telling them “Everything is going to be alright.” seems to be the worst thing you can say to anyone. But then so is saying the opposite. I took Psychology in my A-Levels but it hasn’t taught me the right words to say to someone. You never really know the consequences of what you say.

So I try to think what would I want someone to say to me when I’m crying or upset. Honestly, I cry for a lot of stupid reasons like losing one piece of paper, misplacing my notes, making a silly mistake in a game, etc. and because these are events that happen often, if I’d cried openly I’d be doing it often and my family would think I’m crazy. So I go to my safe spot….if you’re guessing it then you’re probably right. The bathroom.

I can cry my heart out in that place and it’s scary and upsetting that it happens often. I don’t want others to know that I’m crying because they keep on demanding to know what’s the problem. But that triggers more tears which begins to start closing my throat so tight that I need to breathe. Therefore I can’t tell them to look at me and stop talking. I keep gesturing but they don’t get it. If I tell them why I cry, they don’t get it because the reason is so mundane. I get that “They’re people you know. They can help you.” But I don’t need their help. I just want them to listen. If not what I say then how I look while I’m gesturing like an insane person. My problems are my problems to deal with. I don’t like involving others in it. If the problem is a big one like losing or feeling distant from a friend, I surprisingly don’t even cry; I just feel an ache.

So that’s what I do when others express a difficult situation they are in. I just listen. I let them express their heart out without intervening until they relax. As they keep on talking, the unconscious yet true words keep coming out so that I understand the whole scenario. When they are done, I think about it for a couple of minutes, trying to choose the right words and then say what I have to say. What needs to be said. I think it turns out alright because nowadays everyone wants to feel valued and know that someone is there that cares.

I don’t want you to classify yourselves in either category to make you feel bad if you think you belong to type 1. Just make an effort to reach out to those close to you and just listen to them. Because there is a great power in listening. It can turn an enemy into a friend. It can friends and family closer. It can prevent someone from making a decision they can regret. It can prevent someone from dumping their emotions in a void and live a hard life. And nowadays, it can save someone from trying to take their own life (and this is really important because I’m coming across a lot of people going through so much that I believe the only thing stopping them from doing it is their faith).

So guys. Don’t underestimate this simple power of doing seemingly nothing. And if anyone needs someone to just listen to them, I’m always around. I’ve had years of listening experience 🙂

Also, do you think there are other types of people based on their abilities to listen? Write in the comments please.

20. Pakistani. Muslim. People call me tubelight. Life is a roller coaster life but if you focus on the ups in life and have faith, life will be beautiful Thoughts about things happening in everyday life stored in bubbles, waiting for the right time to burst out 😊 Loves McFlurry, Cheese and every food except green chilli, yoghurt, wasabi and humus 😎 Loves books and learning new things Basketball girl 🏀 Helping out those in need Holding no expectations, making no comparisons. We are all people of many colours. Accept us for who we are without labels View all posts by Andale Seaworne

8 thoughts on “BUBBLE 22 – THE POWER OF LISTENING” 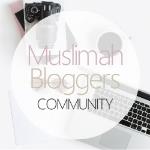